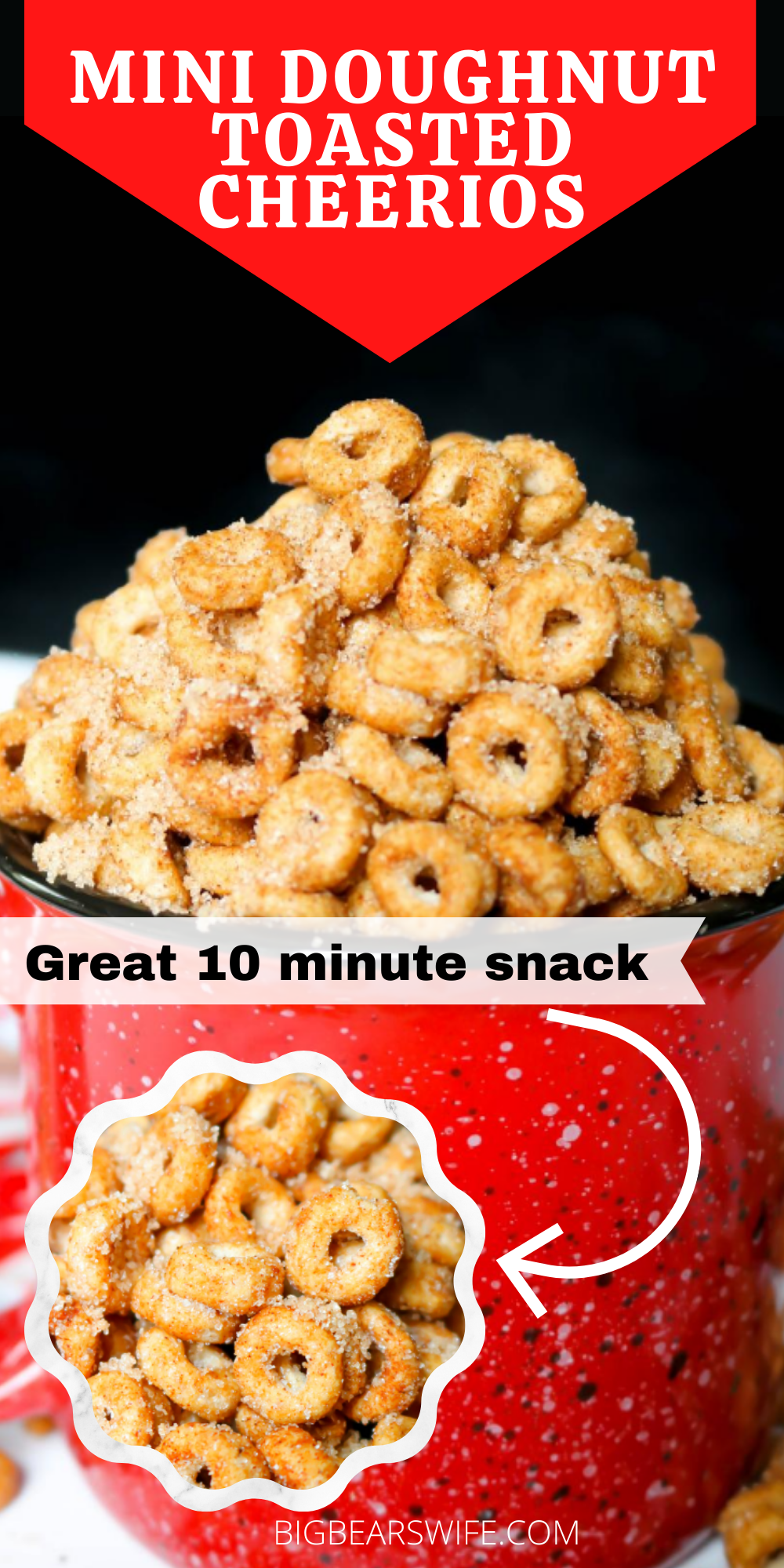 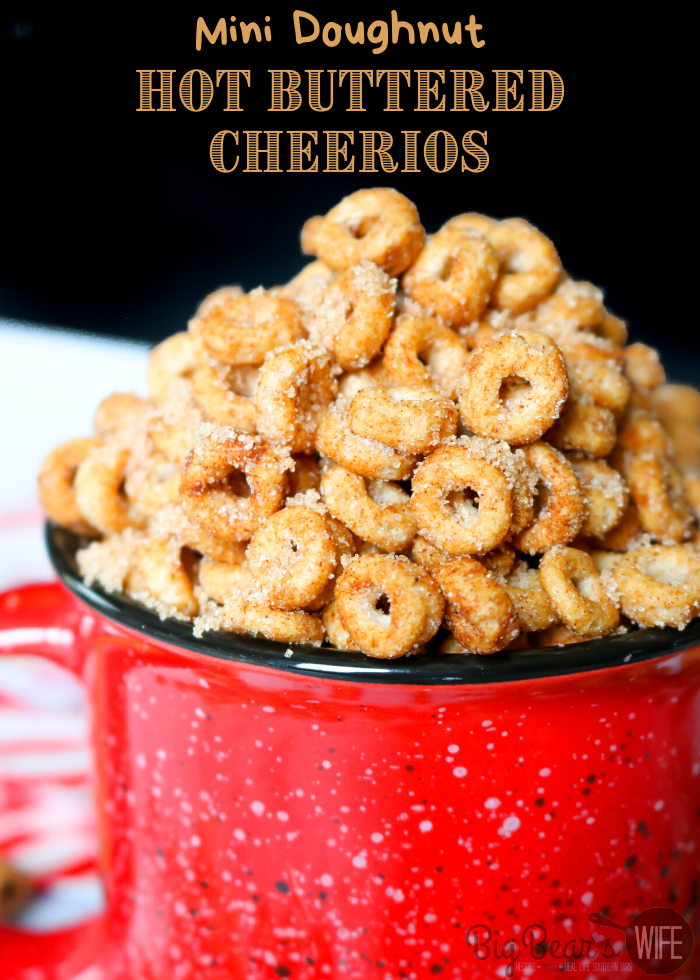 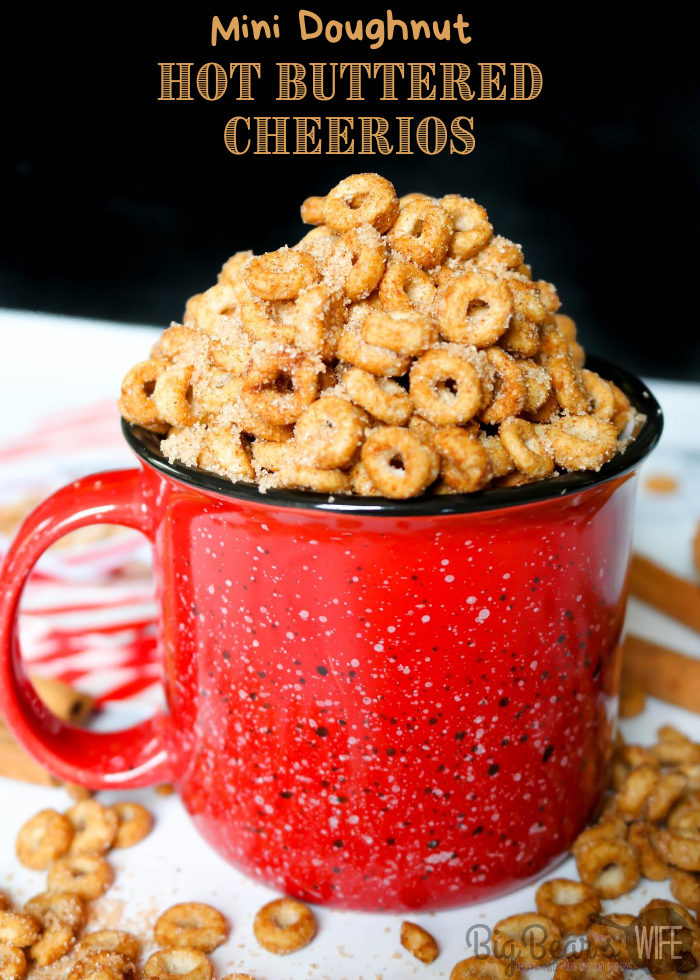 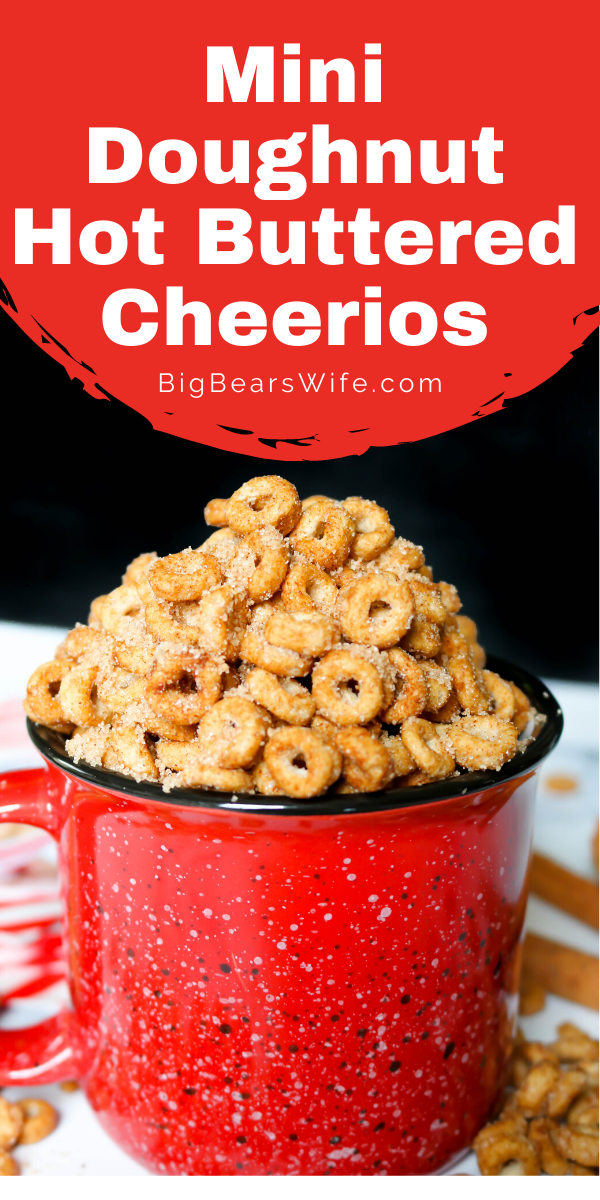 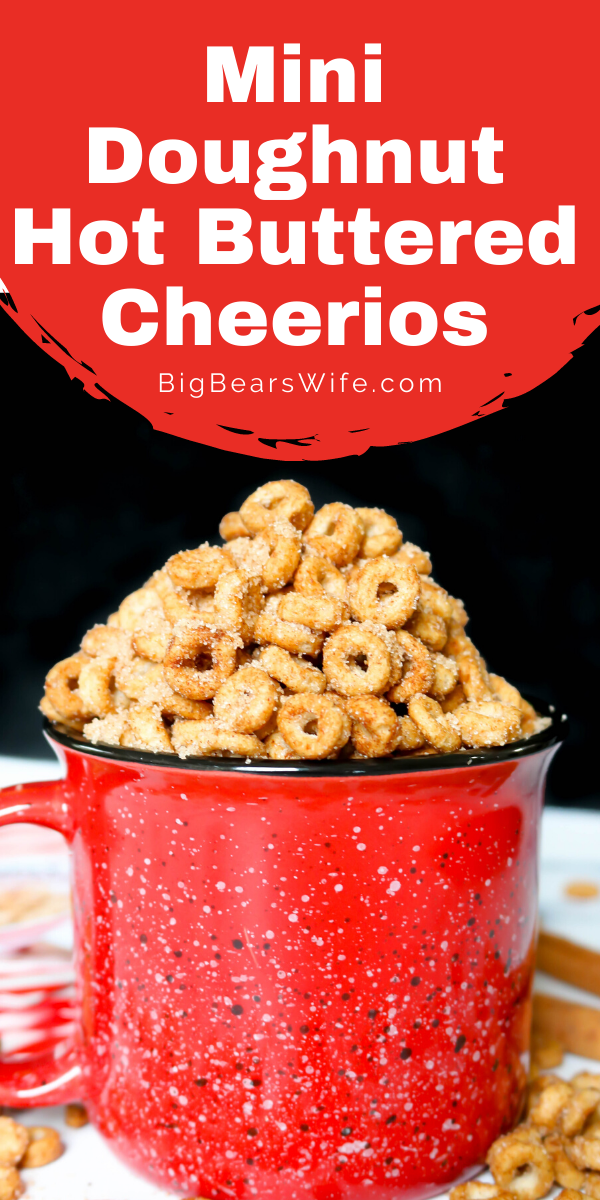 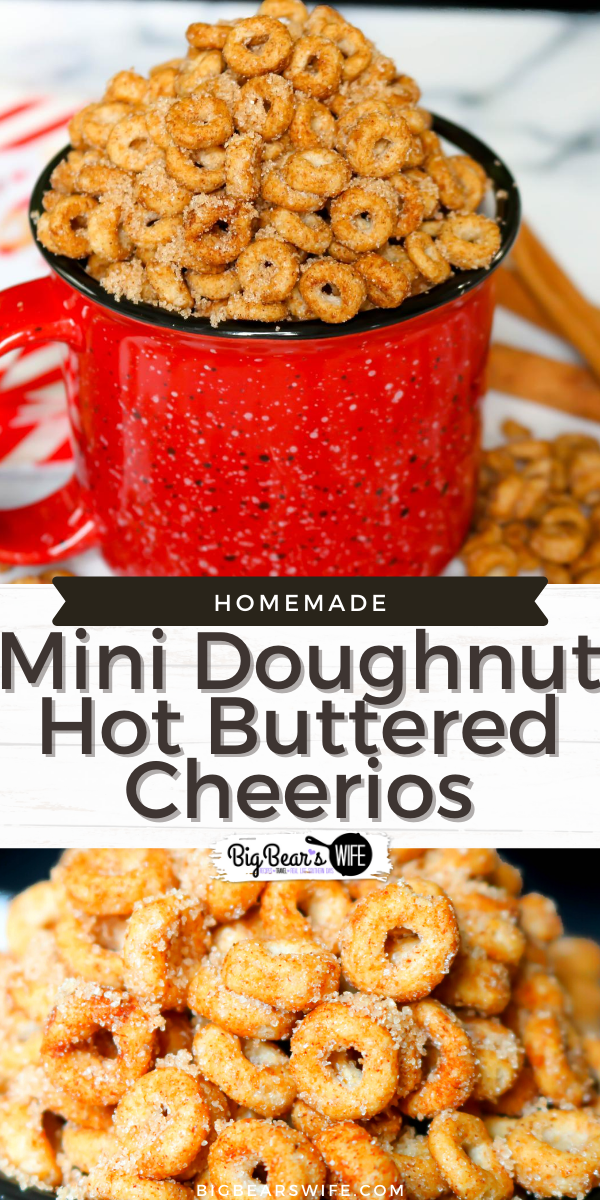 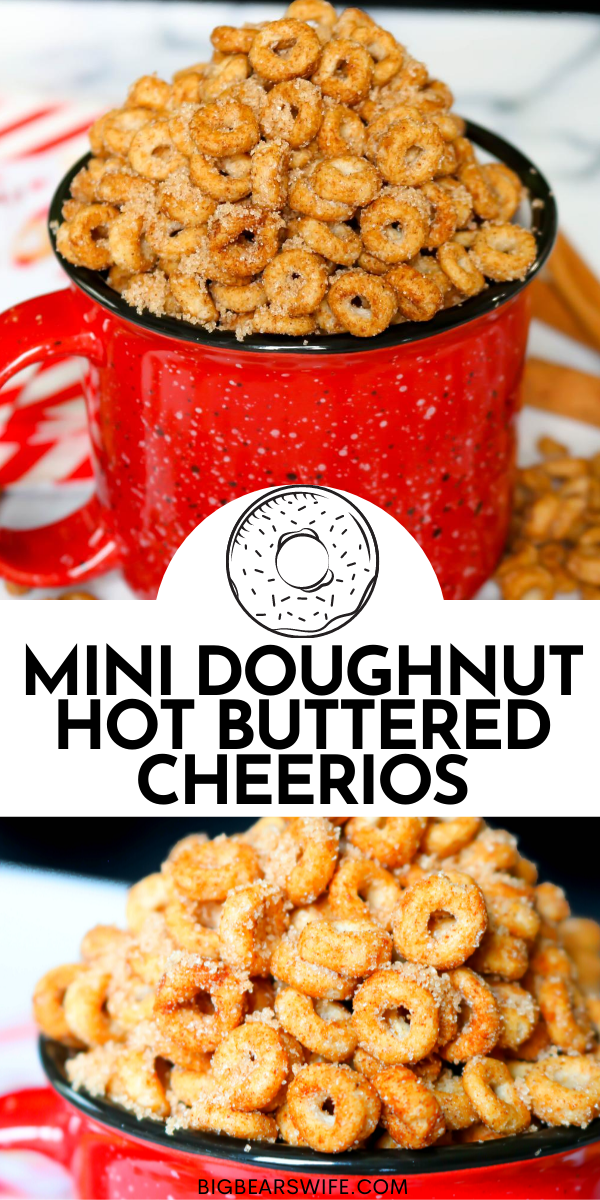 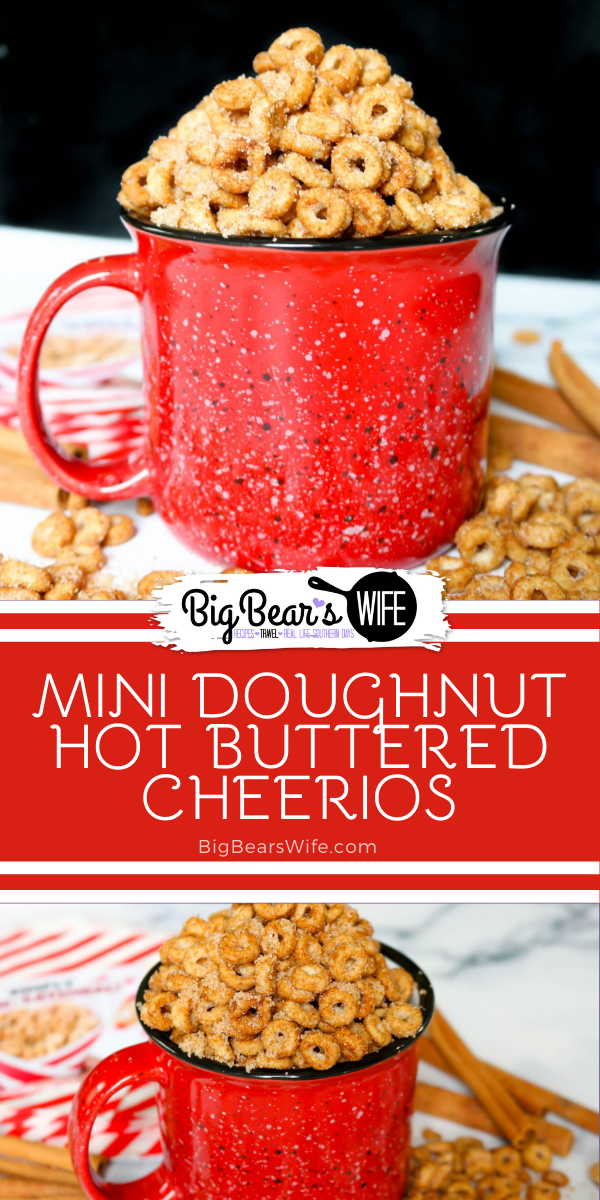 General Mills sent me this recipe and the items to make it but didn’t ask me to post about it. I posted because I loved the recipe! I hope you do as well!

I had no idea that toasted Cheerios were a thing until I met my mother in law. My father in law makes them for her and my husband thought this was a normal snack. Maybe it is! I just never had it growing up. Did you?

General Mills randomly sends me packaged of their new cereals with recipe cards throughout the year, and the other day a box of Cinnamon Cheerios showed up at my door with this Mini Doughnut Hot Buttered Cheerio recipe.

I decided to give them a try and instantly fell in love with them. 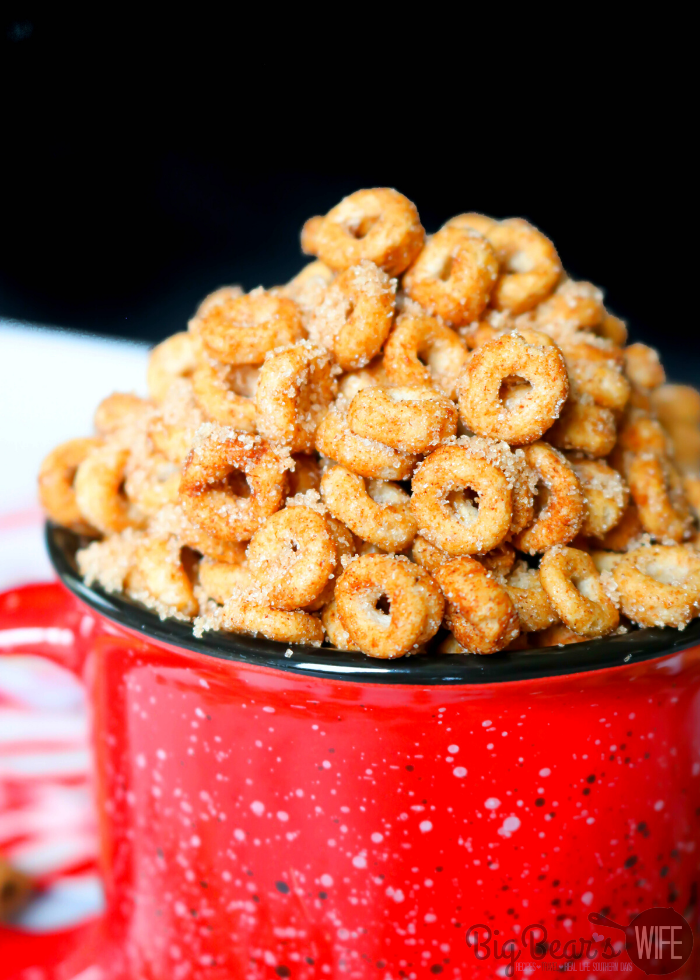 In a large skillet, melt butter over low heat and then stir in vanilla.

Add sugar and cinnamon to cereal in bowl; toss well to coat. 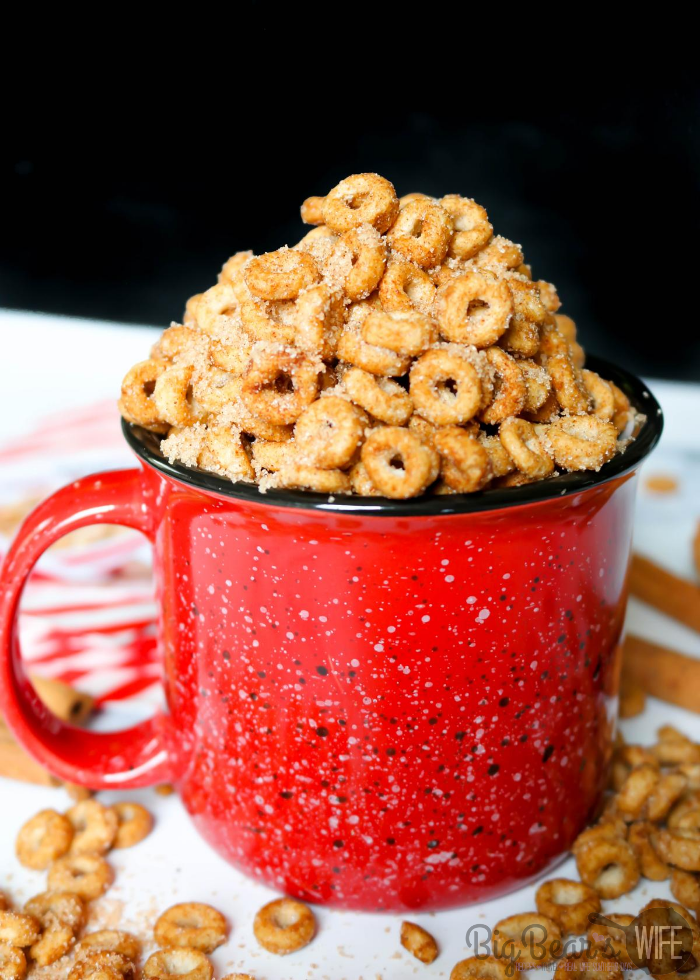 You can use any kind of Cheerios for this recipe but I love the Original Cheerios and the Cinnamon Cheerios.

What is the best way to store buttered Cheerios?

Can Mini Doughnut Hot Buttered Cheerios be made in the Crockpot?

Yes! I’ve tested the recipe in the slow cooker and you can find that information and recipe here.

How do you eat Mini Doughnut Hot Buttered Cheerios?

You can either eat these toasted cheerios as a snack or you can pour them into a bowl with milk and eat them like cereal.

Can I leave out the cinnamon?

Yep! You sure can.

In a large skillet, melt butter over low heat and then stir in vanilla.

Add sugar and cinnamon to cereal in bowl; toss well to coat. 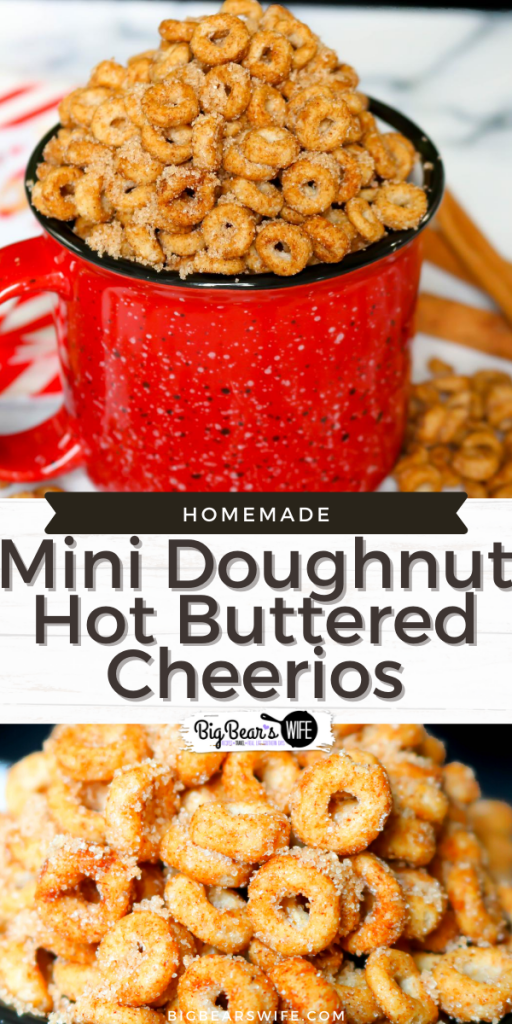